Recording Connection graduate Collin Jacka (Sacramento, CA) completed both the Audio Engineering and Music Production program with mentor Matt Young at The Press Recording Studio (Stockton, CA) and the Advanced Audio and Music Production program with Shane Anderson at Unique Recording Studios (Sacramento, CA). Now, Collin’s making a name for himself as the new hire at Unique.   We recently touched base with him to learn more about how he’s building his future, and how he secured his first in-industry job.   What got you interested in Recording Connection in the first place?   “I was in bands and I was always the sound guy. Eventually I just realized that it was a lot more fun…My goal was just to be a recording engineer just so I could be around music all the time.”   Have your goals changed now that you’ve completed the programs?   “Yeah,  quite a bit. Right now my plan is to focus more on producing, both making beats and producing artists. And then also mixing confidently and creatively, which is something I’ve been working on lately. So I’ll be testing mixes and Shane will tell me how I could do better. I’m also getting the opportunity to help on the Instagram page and take photos and promote the studio. So it’s cool to get a bunch of different experiences.”   So let’s go back to when you first interviewed with Shane to do the advanced program. Were you nervous, excited?   “I was definitely nervous because I was changing studios from the one in Stockton, and I hadn’t planned to move up here. But within a few minutes I was feeling completely comfortable with Shane. We ended up spending an extra hour and a half just talking about music and stuff. But it was a really good interview. It was more like hanging out than an interview.”   When it comes to mixing, what was it like learning how not one, but two different mentors, two different pros handle the mix? 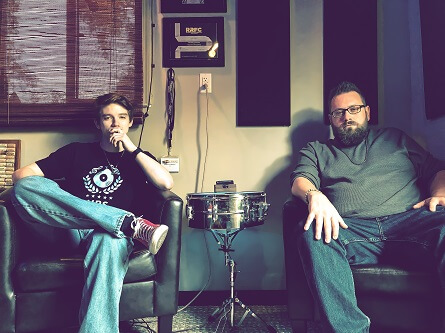 “So there’s two different approaches from the two different studios. When I’d watch Matt mix, it’d be fast and on the fly, because he’s always very sure. When I watched Shane mix, he mixes very creatively, but while still keeping the artist’s vision for it. Both experiences were very, very beneficial.”   What have been the highpoints of training with Shane?   “Since I’ve been with Shane here at Unique Recording Studios, I’ve really learned how to listen, without just revealing too much of Shane’s mixing stuff, you know, like search and destroy. You just narrow it down and you find that one little noise that’s bringing the mix down, and you find it. And it’s surprising, like, one little cut can make the whole track a lot better.”   So how’d you get hired at Unique? What led up to it?   “The first time I came in for an interview, Shane asked what my intentions were. And I told him my intention was to earn a position here at the studio by the end of my externship. So I put 200% in for my externship, and Shane followed through.”   Have your parents been supportive of what you’re doing?   “100%. They’re all for it.”   Are there any projects you’d like to tell us about?   “Two different artists, Hunnit F. Roundz and Fresh B (Spotify). I engineered their sessions. Two hours recording with me, then Shane comes in and does the mix and master so they leave with a completed song. Also, when I first started the program, Shane set up this project for me to work on with this artist named Era…So I’ve been working on that project at the studio, and I’ve been cataloging my own beats that I make at home. And then I have a few songs that I’ve been messing around with that may see the light of day sometime soon.”   What’s your advice to other Recording Connection students on how can they make the most of the program while they’re in it?   “Definitely take a bunch of notes, because you could always refer back to them. Even if you don’t know what you’re writing down, it will make sense someday and it will keep your head in the game. And also, I know a lot of students can’t afford all of this analog gear that the big studios have. Something that Shane taught me was that mixing in the box doesn’t mean you have to think in the box. It just helps to be creative. No robot could take my place in 20 years, because a robot can’t feel that emotion.”   Check out W.O.M.P (Weapons of Mass Production) the VST plugin brought to you by Recording Connection mentor Shane Anderson of Unique Recording Studios. This beast runs lean and comes stocked with sounds made in-house at URS. Releases July 1st. Special discounts will be offered to confirmed Recording Connection students and grads in good standing.   Learn more about the Recording Connection for Audio Engineering & Music Production Program.
ShareTweetSharePostShareShareEmail
*  *  *  *  *
Request Information 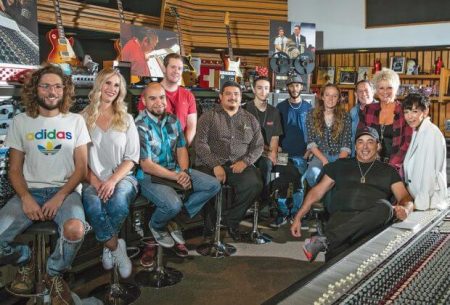 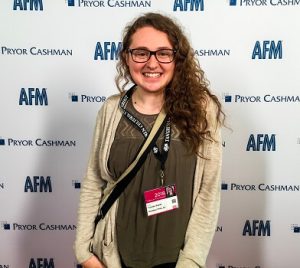 After Film Connection student Cecelia Sayler pitched her screenplay to filmmaker Lenny Shapiro, he invited her to attend AFM (American Film Market)! When Cecelia sent him an email to express her thanks, he just had to share the news with our team. Here’s an excerpt: “Thank you so much for such a fantastic opportunity and learning experience. AFM was such an eye opening and helpful place to learn and grow and I just wanted to reach out and extend my gratitude… I learned not only about the industry and what’s popular and trending, but I also learned a lot about networking and what to say and do, and what not to say and do. I learned a lot about my own writing style and how to adapt my script to fit what’s trending.   Thank you for inspiring me. You pushed me to work harder and think smarter. You taught me things that no textbook could have. These are the lessons that will stay with me as I continue to grow, not only a writer but a person too…   Thank you so much for all of your time and energy invested in me…I’ll be in touch!”   *FYI, gratitude never goes out of style. Find out more about learning in-industry from a professional filmmaker. Already a graduate of a conventional audio engineering school, Jose Castrejon got a lot out of the one-on-one approach of our Advanced Audio and Music Production program. Speaking of this time with Recording Connection mentor Ira Parker at Maximus Music, he says:   “Whatever comes to your mind, you just ask it and he’ll answer for you. When I was asking him about certain instruments, like, ‘Hey, boss, how would I set up a mic for an accordion?’…It’s like learning that certain position for a microphone and watching him do it, and then he makes you redo it. It’s definitely that one-on-one learning experience that I was looking forward to.”
ShareTweetSharePostShareShareEmail
*  *  *  *  *
Request Information Heard our Student Music Mixtape yet? In partnership with Symphonic Distribution, we’re excited to help our students get their music out to the world!     The Recording Connection is now offering this great opportunity for our students to broaden their understanding of the new role digital distribution companies like Symphonic Distribution can play in helping release their tracks and propel their careers forward! 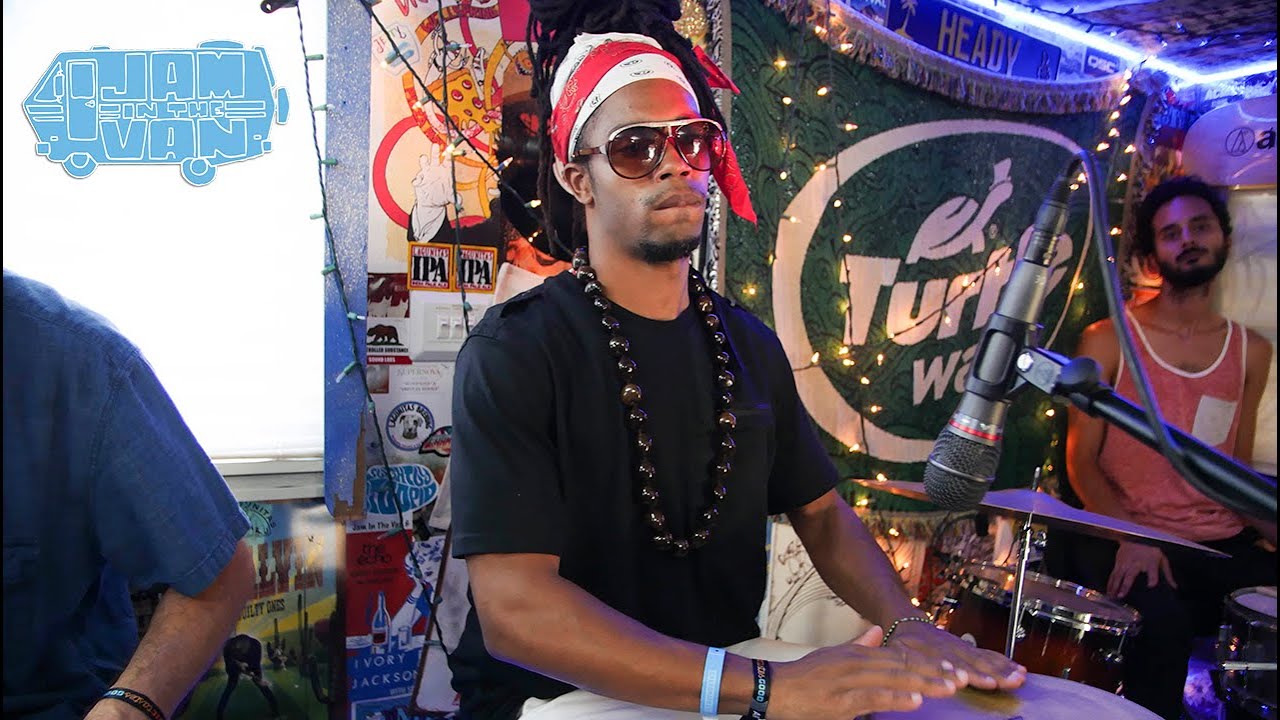 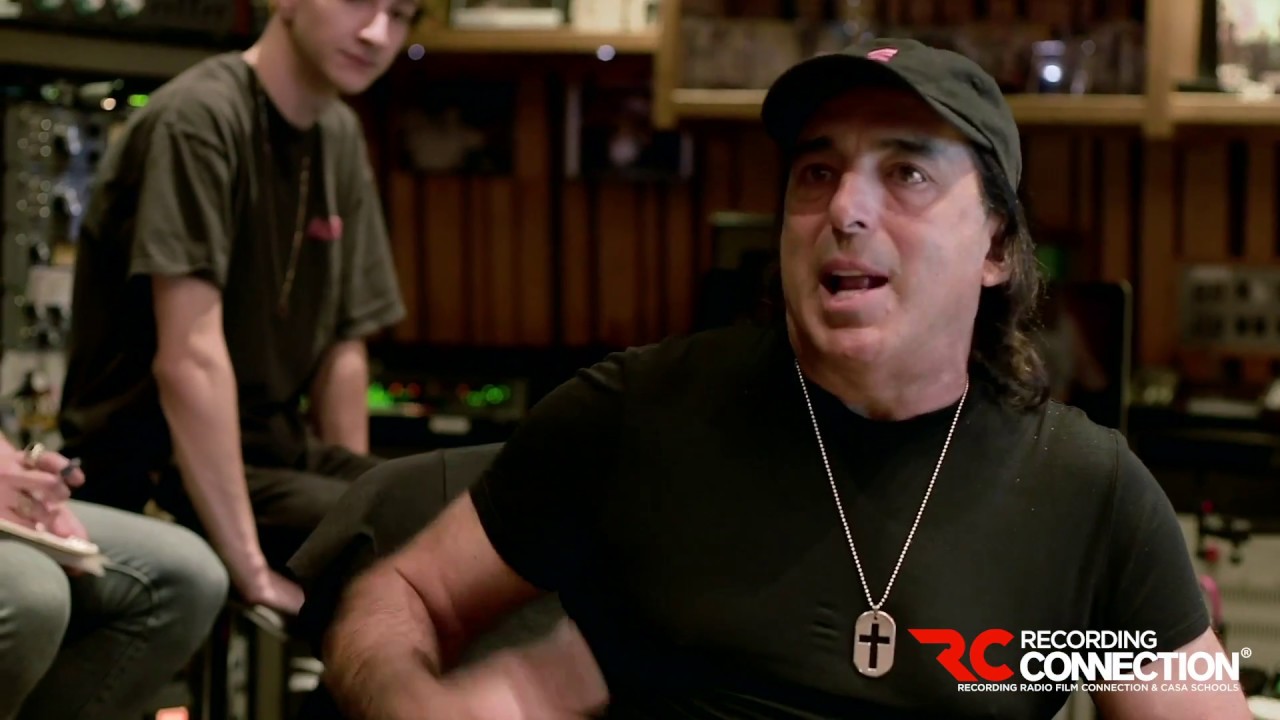