Since 2017, Recording Connection, in partnership with Audio-Technica and Clyne Media, have presented the Csaba Master Class Audio Workshop. Taught by audio greats who need no introduction, the intimate workshops enable attendees to interact with the pros and learn how they approach tracking, mixing, production, client interaction and other key aspects of the craft. 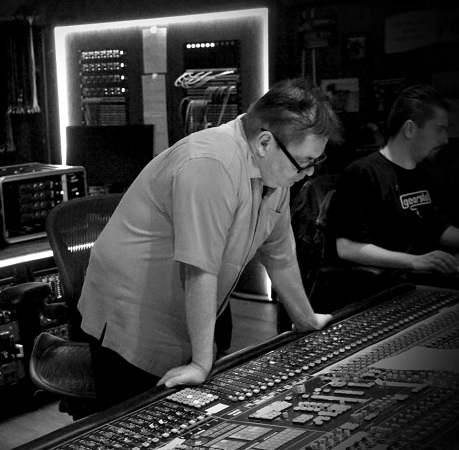 A three-time GRAMMY nominee with 37 number-one record credits and 32 platinum or multi-platinum albums, Csaba was one of the greats, living and recording in Los Angeles and Nashville while working closely with the top names in the industry, from Metallica to Larry Carlton, John Michael Montgomery to Alanis Morissette, Aretha Franklin to Elvis Costello, Morrissey, Al Stewart and more.   This year’s Third Annual Csaba Petocz Master Class Workshop was taught by Csaba’s friend, Chuck Ainlay, a four-time GRAMMY® Award-winning mix engineer. Held at Peter Frampton’s Phenix Studios in Nashville, Tennessee, Ainlay focused on the essentials of being an engineer/producer, with special emphasis on mixing, production and gear, along with the relationship between artist and engineer, and how to get the best performance out of an artist. Attendees also dissected The Peter Frampton Band’s recent release of the Willie Dixon classic “I Just Wanna Make Love to You,” mixed and co-produced by Ainlay himself, who was glad to be able to pass on the knowledge to some of tomorrow’s pros in honor of the late great:   “Csaba was a dear friend of mine, and I feel honored to have been chosen to teach this master class and help keep his legacy alive. I spent a good deal of time talking to the students and trying to emphasize the importance of interaction with the artist – a quality that Csaba always brought to his projects. I also want to thank Peter [Frampton] for donating the use of his studio for this worthwhile event and thank Audio-Technica and Recording Connection for putting this together.”   Pictured L-R, back row: Recording Connection mentor Sean Giovanni (The Record Shop), Roxanne Ricks (Audio-Technica Artist Relations Manager), Frank Wells (keynote speaker), Anthony Vaticalos (student), Alec Wingfield (student), Lisa Roy (Csaba’s wife), Jones Nelson (graduate), and Robert Clyne (Clyne Media). Front row: Chuck Ainlay and assistant engineer Todd Tidwell. [Photo credit: Corey Walthall, Clyne Media. © 2019.]: 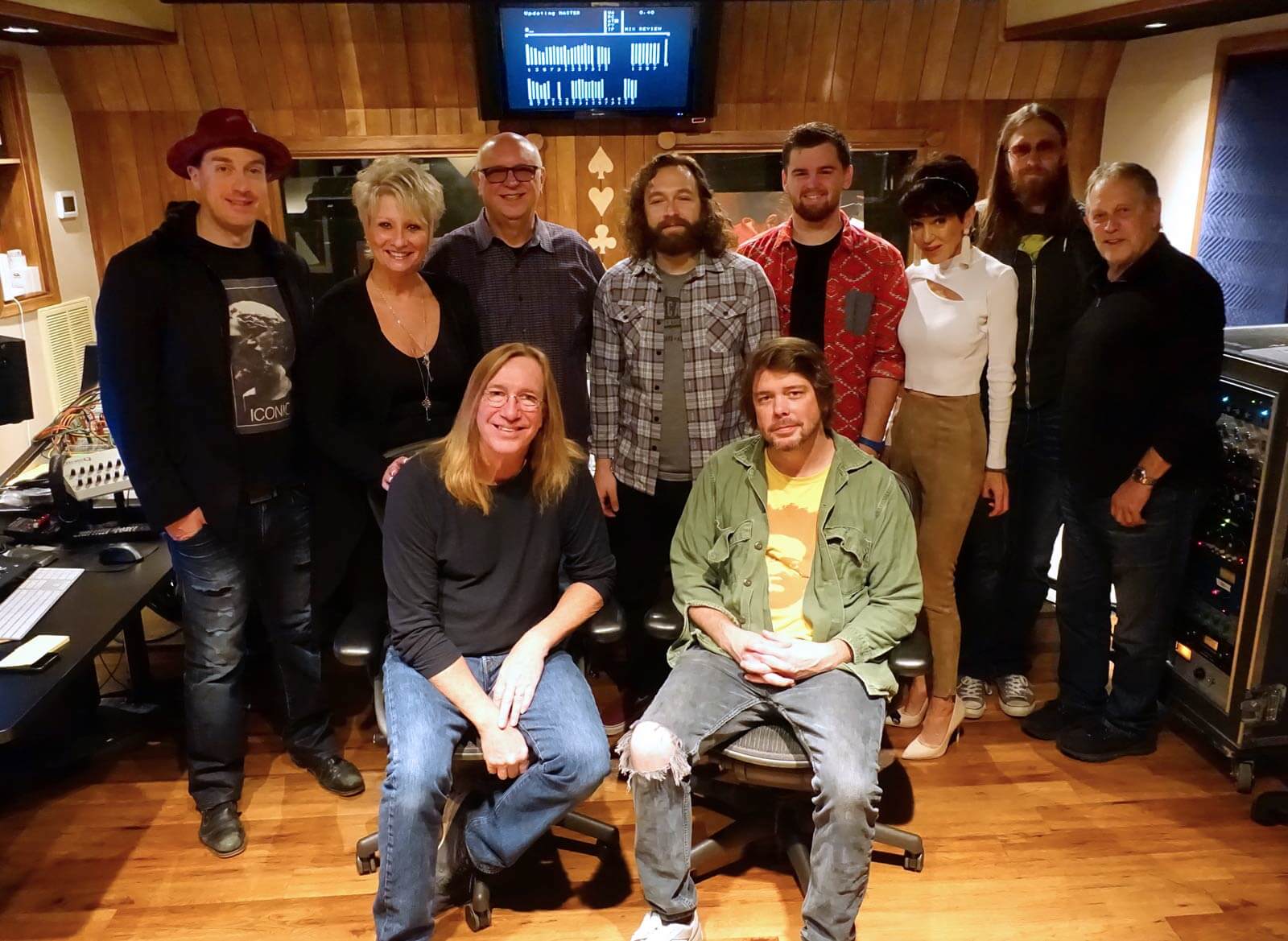 The workshop was attended by Recording Connection for Audio & Music Production graduate Jones Nelson who found it enriching to his production practices. “It’s an incredible experience to come here and get to see how Chuck does things behind the scenes. It was great to see how he’s able to go through and fatten-up vocals and piano and guitar tracks. He gave me a lot to think about, and I’ll be deconstructing a lot of the work I’ve done up to this point and re-thinking some of my habits.”   Recording Connection for Audio Engineering & Music Production student Alec Wingfield remarked, “Getting to spend time with an engineer of such high reputation as Chuck Ainlay was a once-in-a-lifetime experience. It’s something I’ve always dreamed of: getting to pick his brain and understand how he uses his gear and the musical touch he adds to the projects. I think it will help me forge my own identity and vision as an engineer moving forward.”   Recording Connection for Audio Engineering & Music Production student Anthony Vaticalos also took a lot away from the workshop. “I learned a lot about how to interact with the musical elements in the engineering process….Chuck gave us a lot to consider in what to expect in certain scenarios, different techniques to employ, and how to be a great engineer overall. I especially enjoyed getting some hands-on time on the SSL board.”   We send our deep appreciation to all of the professionals who attended and shared their knowledge and memories of Csaba, including Lisa Roy, Csaba’s wife; Roxanne Ricks, Audio-Technica Artist Relations Manager, Chuck Ainlay; Frank Wells; and Todd Tidwell.
ShareTweetSharePostShareEmailPin It!
*  *  *  *  *

Get started with the Recording, Radio or Film Connection, or CASA Schools!

So Joseph, you went to the prestigious music school Berklee. What led ...
Issue #199

Founded by Matt Black and Jonathan More (aka Coldcut), and managed by Peter Quicke, London-based ...