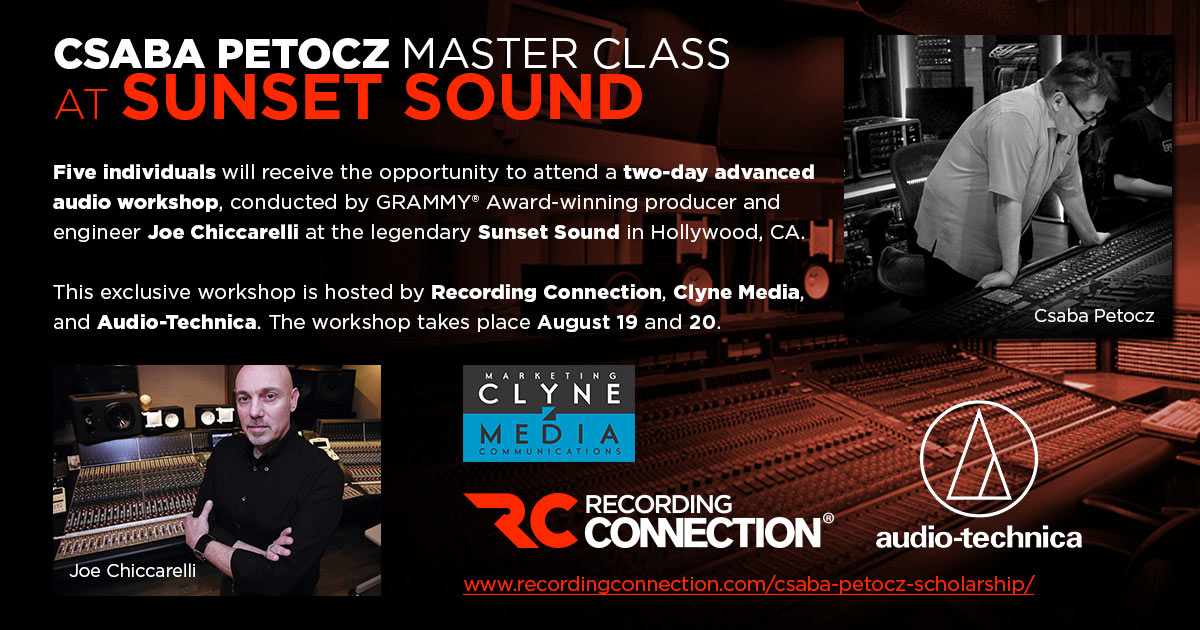 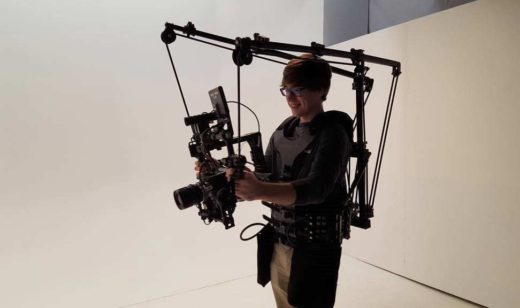 When we talk with Film Connection mentors across the country, one thing they say repeatedly is that they look for apprentices with serious passion and tireless dedication—people who are willing to open their minds, take the initiative and put in the work. The reason: These are the people most likely to succeed. In the eyes of the film industry, this is the “right stuff.”   If that’s the standard to shoot for, Film Connection student Jason Reinhardt (Atlanta, GA) has the “right stuff” in spades. So much so that he’s managed to go through his basic apprenticeship with Steve Carmichael at Rite Media in Atlanta, get himself heavily involved in numerous film projects AND sign up for the master’s screenwriting program—all while going through his senior year of high school and working at his father’s shop for extra cash!   “I hit the ground running, basically,” he says. “I got a bunch of planners and everything, like a calendar, and I’d always make sure that I’d coordinate with [my mentor] Steve…That’s just kind of how we went about it…It was a balancing act in the end, really, but it was a good way of learning how to manage time.”   Already committed to pursuing film as a career, Jason had begun scoping out film schools by his junior year, most of which obviously told him to call back in a year. But when he discovered the Film Connection, Jason saw it as a chance to quickly get immersed in the industry.   “I was looking at Full Sail and I was actually in the middle of the application process for them,” says Jason. “But I halted that the moment I saw Film Connection, what it offered, and what kind of situations I would be put into, and it just seemed like a far better deal and a better chance for me to learn in an actual business environment and experience what people would be doing day in and day out.”   Going through his apprenticeship, Jason says Steve not only went the extra mile to make sure he understood the concepts, but he went out of his way to make sure he had opportunities to work with the gear in a tangible way. “It was just a blast,” he says. “It didn’t feel like I was actually “learning” from a textbook, but it was more like getting hands-on, and that’s what I felt this program was about. So it was really great to really experience hands-on training and practice with that.”   Along the way, Jason says he found a hidden interest in screenwriting while working with his screenwriting mentor, Ron Peterson.   “When we first started writing, I wasn’t necessarily a strong writer,” says Jason. “After my first whack at it, he critiqued it, and I took his critiques to heart and I went about writing it and thinking how he would go about it, then adding my own personal touch to it. Then the second time that we called he was like, ‘Wow, this is much better. You sure nobody typed this for you?’ He’s asked me that multiple times as we progressed throughout the script, because I’d just take everything that he said and apply it to what I was writing, and ensure that I was gaining the most from this experience.” Beyond learning the ins and outs of the filmmaking process, Jason has also found that learning on-the-job has opened the doors for lots of other connections and opportunities. As a result of connections made through Steve, Jason has had the opportunity to take a crash-course in PA work through a program called the PA academy; shadow a director through the 48-Hour-Film-Fest; and sign up to work at the Terminus Film Festival in Atlanta, where Jason says he was able to network with tons of people.   “I really appreciated that factor of this program and everything where you meet a lot of people. You don’t necessarily know where it will take you, but it ends up taking you far,” says Jason. “While [at Terminus,] I had a chance to work with a lot of really awesome people…I made a bunch of small, last-minute business cards out of some cardboard paper with a printer, and I just handed those out throughout the entire weekend while also working my butt off. I ended up volunteering over 40 hours for the four days that it was going on, and by the end of it my mom was like, ‘I bet you regret that now,’ and I was like, ‘Nope. That was the best time I’ve ever had.’…Now it’s just kind of waiting to see where all the connections and all the people I met are going to take me.”   As for the future—Jason was so impacted by the screenwriting segment of the program that he’s signed up to do the master screenwriting course. With Ron Peterson’s help, Jason is working on a pilot for a TV show and preparing to shop it around.   “Ron read [the pilot],” says Jason, “and he’s like, ‘All right…I’m going to show you how to do a step by step process of creating a story, how you need to develop it, develop the subplots, and make the story something that people would want to watch and also something that somebody would want to buy and make.’ And we’re doing that right now.”   With so many irons in the fire, you’d think Jason would be on the verge of burnout, but in fact he seems to thrive on the activity. He sees every opportunity as a chance to move forward, learn something new and advance his career.   “This program is what you make it, I think,” he says. “It’s what effort and time that you put into it. I know there are a lot of people who get into this program and then just take it for granted and think it’s going to be handed to them…You want to be the one who works really hard, but essentially what you want to do in this program is take every opportunity that’s given to you, and if you don’t see an opportunity, poke around and see if you can find one. Just try to get your name out there, try new things, and just enjoy the experience…You always want to make a good impression with everybody you meet, because you never know how big of an impact they’re going to have on your life.”
ShareTweetSharePostShareEmailPin It!
*  *  *  *  *

Recording Connection mentor Luis Pacheco is one of our top go-to mentors for students who are interested in studying EDM and hip hop production. Teaching students out of The Hideout in Las Vegas, NV—a world-class facility with a client list that includes names like 50 Cent, Alicia Keys, G-Unit, Ice T, Lady Gaga and a host of others—Luis is a music industry veteran with a lot of helpful advice to offer.   During a recent conversation with RRFC, Luis provided some key insights into what he calls the “creative bubble” and how to work with clients in that setting. He also offered some helpful tips on the ins and outs of hip hop production which should be useful to many of our students. Enjoy!
*  *  *  *  * 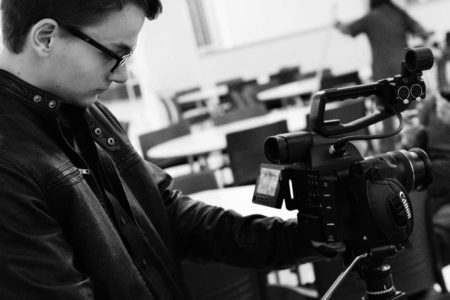 Film Connection student Jacob Sizemore (Dallas, TX) knows the road ahead isn’t an easy one, but he’s up for the challenge. “Normal people seem to have a certain fanaticized idea of how to make a movie. ‘It’s simple right? Just take the camera, push record, say your lines. Easy.’ I only wish it was that simple. I have made several short films in the past and have gone through many struggles that all filmmakers go through on a daily basis. That being said, I am still learning and it will only get harder as I get more experience. However all of that is inconsequential when considering you are literally capturing a moment in time to create art. People who have a love for film as I do will understand that. There is nothing like the feeling of finally getting the perfect shot after 50 takes, or finally coming up with a great idea after a long period of writer’s block. These are the moments we live for.” 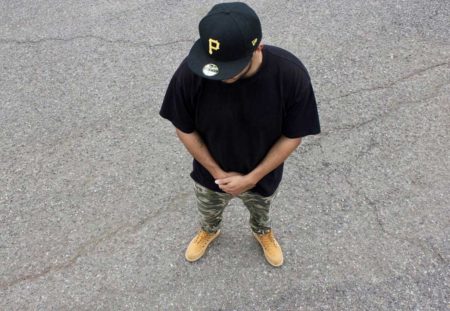 Just two lessons in, Recording Connection music business student Ernesto Trujillo (Grand Junction, CO) is putting his newfound knowledge to work! “I have a better understanding of the marketing plan cycle, I definitely used these ‘four P’s’ in releasing my first original single which got over 18k views on YouTube and much more love from our fans from many more sites. I will also be using these steps for my next project coming out in a couple of days. These steps will be very useful whenever marketing any of my music or anything else involved.” Learn more about our Music Business program.
ShareTweetSharePostShareEmailPin It!
*  *  *  *  *

The Nth Power on Jam In The Van HQ, Live at High Sierra Music Festival 2017 (Quincy, CA). RRFC students from across the nation have been assisting on the 1st solar-powered mobile recording studio show: 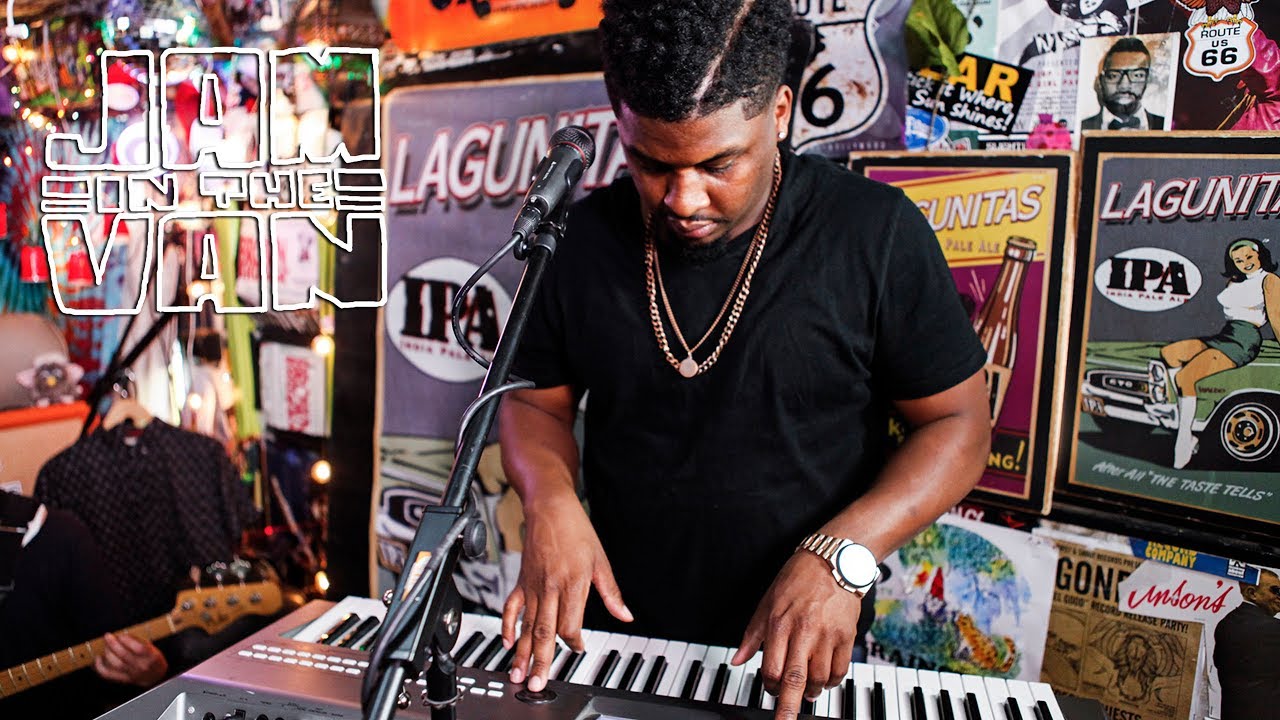 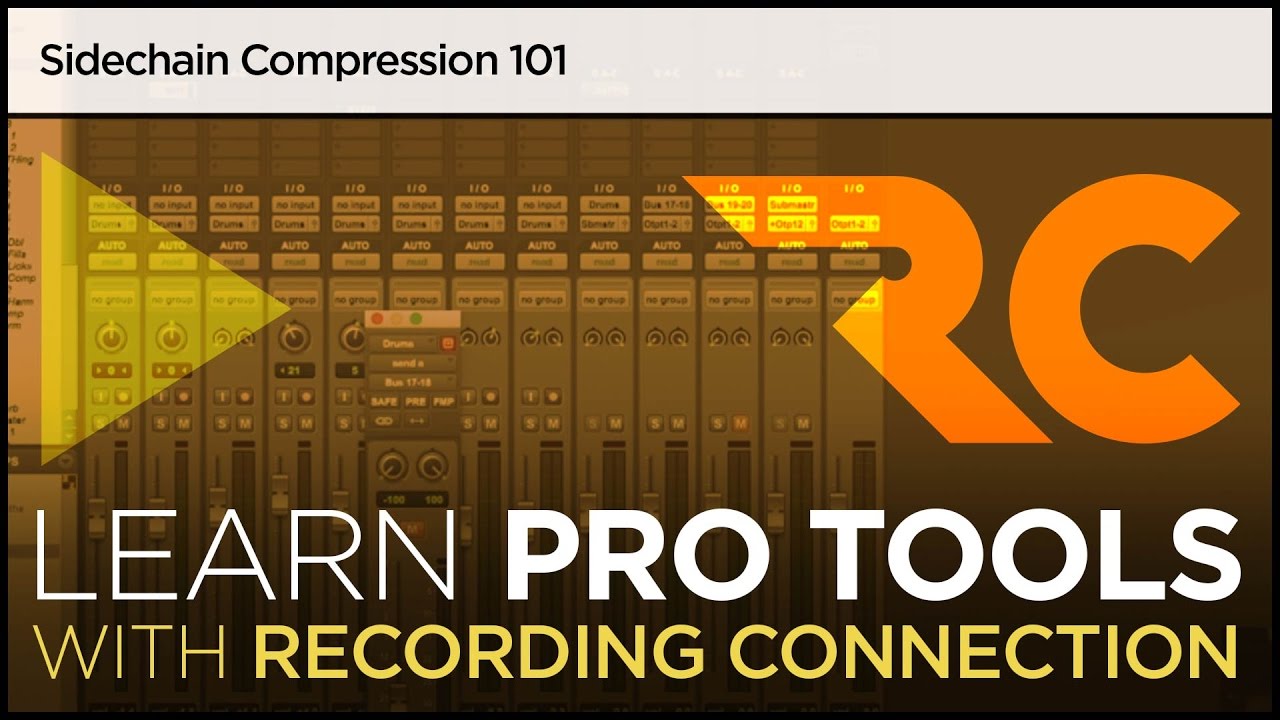