A true music industry veteran, Recording Connection mentor Ira Parker is the owner and chief producer/engineer for Maximus Music Records, one of the top recording studios in Charlotte, NC, serving clients like Jadakiss, DMX and many others. As a Recording Connection mentor, Ira is passionate about training up new talent and always looks for opportunities to push his students to expand their skills. In a recent conversation with RRFC, Ira shared a bit about his own journey into music and offered some insights into his teaching style—and even shared how he sometimes gains new perspectives from his students, as well! The best nuggets from that conversation have been mined for you below.
*  *  *  *  * 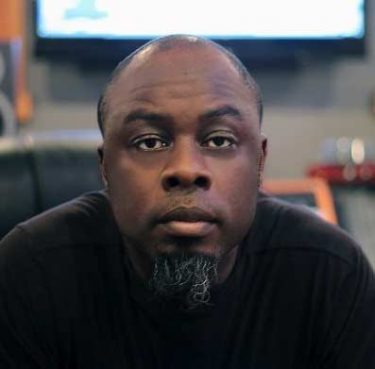 ON THE TYPES OF CLIENTS HE SEES AT MAXIMUS MUSIC:   “We do all music. I guess it’s kind of a cliché because it looks like there’s a lot of rappers and R&B artists up there, but we do all music. My guys are very versatile. I do a lot of pop. I’ve been doing a lot of alternative acoustics lately with guitar and vocals. I’m very good at that. Me and my guys, we do R&B, pop. We do soul…Of course, we have done a lot of hip-hop. In the building, we’ve had Jadakiss, Beethoven Beats, we’ve had DMX, Naughty by Nature. Currently, we had Yung Joc, Yung Ralph, a couple of [the] Barrino family, which is Fantasia’s family–Joe Barrino, which they call Teeny on the VH1 episode…a reality show with Fantasia. We had her brother Ricco Barrino. Ricco, he does a lot of work, a lot of R&B work.”   WHAT HE SEES AS THE STUDIO’S BIGGEST ADVANTAGE:   “Our mixes are what we’re known for. Our guys are just amazing…We’re dealing vintage equipment and having it modified, power supplies taken out, more beefy power supplies put in, analog railings, the headroom and some of this older vintage equipment which allows us to push the envelope a little bit harder than anybody else.”   ON WHAT DREW HIM INTO A MUSIC CAREER:   “It was on my mom’s side of the family. My mom taught school. She was a teacher for 33 years, the majority of that. She was a music teacher for elementary kids, school kids…My uncle was a jazz musician named Matt Smith. [He] was like my hero when I was a little kid…I learn differently so I couldn’t–it was hard for me to pick up instruments like that because I repeat a lot. It was hard for me to go past measures. So I guess falling into engineering…I could just take steps and try to go over it until it’s correct. It’s more like problem solving if anything, so I guess it kind of really worked out, which makes me pay attention to meticulous details a lot of people just miss. So that may have made me keep coming up with my own sound. I’m even nerdy enough to take apart equipment and modify it to get extra measures out of a sound.”   ON WHY HE DITCHED COLLEGE TO LEARN HANDS-ON:   “I ended up going to school for broadcast communication. I was bored senseless…I was antsy, and we’re in the classes, some in the actual audio room…kind of like a station, but it wasn’t for the college set up…I ended up putting down broadcast. I just started following myself into audio engineering and ran into a couple of great guys at the time that were actually teaching me. I just kept learning from there.”   ON WHY HE MENTORS FOR THE RECORDING CONNECTION: 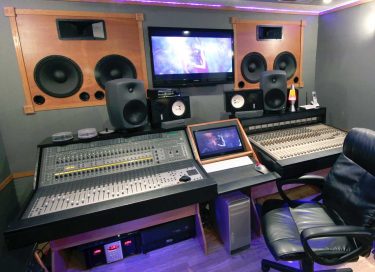 Control Room A in Maximus Music

“I’m always providing information to and for someone and explaining it…It’s just a good feeling knowing that you can get that light bulb to go on in somebody’s head. This program should be for everybody: songwriter, artist, producer, engineer, whichever one you want to be…The biggest advantage is you’re working with the recording studio…instead of paying a very, very large amount, and maybe not acquire the attention that is needed…you’re doing all three at one time, you’re learning, then you’re learning hands-on, then you’re taking a quiz, and then you get to come in and watch it happen realistically every week. The only real way to learn is to be around it enough.”   ON HOW HE PUSHES HIS STUDENTS TO STRETCH THEIR LIMITS:   “I think if you’re going to be here, you should get pushed, because if you’re not pushed, you’re just going to be mediocre and moderate…You’ve got to push the limit. You got to jump on top of the mountain. You got to get up there somehow. So that’s what I do. I’m always trying to find, every week, I’m trying to find a new way to push the limit. I think everybody should.”   ON HOW HE GAINS NEW PERSPECTIVES FROM HIS STUDENTS:   “The really cool thing is people like Wes [Hagy]. Wes is curious. His curiosity leads to doors. Sometimes, it makes me scratch my head like, ‘I never thought about that.’ When he gets it, he gets it, and it’s so cool. The fact is he got it by working with me and working with the Recording Connection, and because I push him a little bit harder, then he starts pushing back, and I like that…Sometimes, I get new ideas because of guys like him. I’ve got Spence [Green], I’ve got Demario [Rushing], Chris Wedlock finished the master’s program. These guys are…totally enthused. They make it worth the reason to be in this business in the first place because you know you’re doing something that’s making a difference.”   ON WHAT HE LOOKS FOR IN AN APPRENTICE:   “First of all, I don’t have to do this; I want to do this. So if you’re really not going to take it serious, I’m not going to take you serious. I am going to go about my life that is serious, for other future students that might need mentoring they really want to take it serious, because at the end of the day, if you’re wasting your time, you’re probably wasting someone else’s time, too.”
ShareTweetSharePostShareShareEmail
*  *  *  *  *