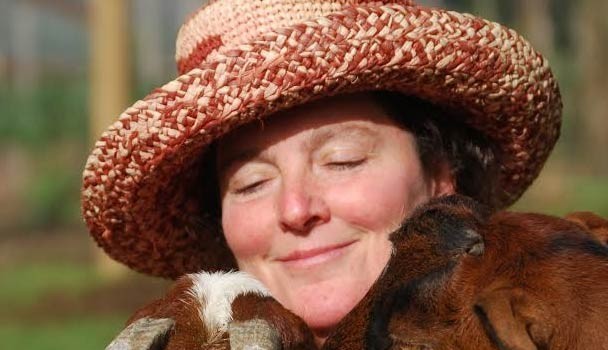 Before Film Connection screenwriting student Suzanne Nichols could learn to write a screenplay, she actually had to un-learn a few things. By the time she found the Film Connection, she had already authored several books. In fact, she says she enrolled as an apprentice because she decided her next story idea needed to be a film, and she knew she needed help in changing her writing approach.

“The desire to render a story visually has been with me for a very long time,” she told us. “I was very well academically trained and have always naturally been a writer since childhood. So writing has always been kind of my first choice when it would come to expressing ideas…[but] film is such a powerful medium to affect, whether it’s some emotional response you’re looking for in your audience, or social change, or whatever. It is very powerful because it’s kind of bypassing, in a lot of ways, a more analytical part of our brain and going right to that instant visual reaction.”

After considering other schools, Suzanne decided to enroll in the Film Connection because of our one-on-one approach. To help nurture her desire to write for the screen, we paired her with renowned screenwriter Ron Osborn (Meet Joe Black). Ron lost no time in putting Suzanne through the paces.

“It is a very different way of writing,” says Suzanne. “When I started out, I was still using the words as the crutch, and I hadn’t really made the leap that I did finally make in terms of how to use words to create images on the paper that can then be translated back into the images… Thankfully, [Ron] knew always when I wasn’t getting it and would point it out to me, and then I would just work and work and work and re-work and re-work, and then I’d start to get close, and he’d be like, ‘Yeah, you’re getting closer.’ And then I’d nail it.”

Her hard work paid off. Toward the end of her apprenticeship, the Film Connection gave her the opportunity to pitch her script to film producer Aimee Schoof, who not only gave Suzanne helpful advice, but also kept her script!

“She had some excellent feedback for me,” she says, “which I will implement should I have to pitch it again. Which maybe I won’t: she said they may be interested…She likes the story very much. I think I can safely say that.”

And so, with a noted film producer interested in her story, Suzanne may soon add a film credit to her list of accomplishments. She’s grateful for the one-on-one help she received from her Film Connection mentor.