When Jimi and Brian get you learning on the job, you’ll be amazed at the connections and experience you gain in a short period of time. Read below about a Recording Connection student in Canada who went from NO experience or connections to working in Winnipeg’s emerging hip-hop scene in just a few months! 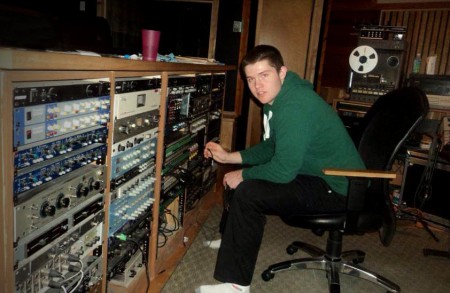 How does a guy with a love for hip-hop and no prior studio experience end up becoming an audio engineer with one of Winnipeg, Manitoba’s most promising hip-hop collectives? Just ask Recording Connection grad Darryl Theissen.   It was Darryl’s desire to plug into the music industry that led him to the Recording Connection. “I really wanted to be just involved in music,” he says. “I thought this was a good way to break into the industry, in that way…I don’t have a lot of connections to any sort of music scene at all. So I entered the program and saw it as more of a way to get my start.”   Darryl was placed with producer/engineer Len Milne at Bedside Studios in Winnipeg, and despite his lack of experience, he says his mentor helped him find his way. “I didn’t know anything,” says Darryl. “He just kind of took it really slow with me. He was really nice and kind of explained different amps, different preamps, microphones, just very basic to start off with.”   That’s not to say Darryl wasn’t thrown into the thick of things; in fact, he recalls getting his hands on the gear the very first day. “He got me in there hands-on right away, which is something that I really enjoyed,” he says. “I remember my first day, he had a guitar track and he was about to edit it, and he said, ‘Hey, can you edit this?’ I was sitting behind the desk, and he was behind me for the first five or ten minutes just to make sure I wasn’t making any mistakes. But then after those five or ten minutes, he was like ‘Okay, you’ve got the hang of it.’ Then he kind of just went off to the side, and he was still keeping an ear on me, but I was making most of the right calls. Every once in a while he would be like, ‘Check that again,’ and I fixed it up.”   Besides shadowing his mentor on sessions, Darryl also got to connect with other producers who came to Bedside to record. “I got to watch a couple different producers do different genres of music,” he says. “It was very interesting, because everyone has their own way they’re going to do things, their own process. That’s when I started thinking, I gotta start thinking of what my process is.”   It was one of these connections, in fact, that helped Darryl get introduced to the Winnipeg hip-hop scene, and ultimately helped him get hired. 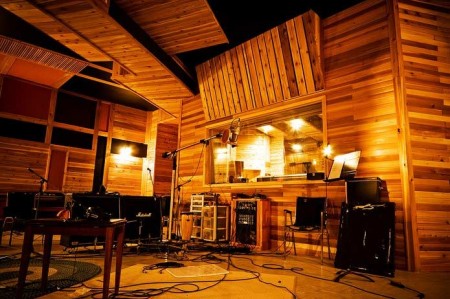 “Bryce Kaminski, a producer that had come into the studio while I was apprenticing there, he was actually really nice. He was just opening up a studio at the time with some of his friends, or it was actually part of a label. They were looking for an engineer…and then he asked me. And I said ‘Of course. I’d love to.’ So it lined up perfectly…right as the program ended…that’s how I kind of got introduced to a whole other group of people through him.”   The label, it turned out, was YSMG (short for “Young Successful Music Group”), an up-and-coming hip-hop collective of a number of rising stars. The group now rents space at Studio 11 in Winnipeg, where Darryl now spends lots of his time tracking for rap and hip-hop artists. His most recent project is an album for rapper Finalie, slated for release on January 31. Darryl says he’s still learning to adapt to the needs of different artists, but he loves what he does and he loves the people he works with.   “[It’s] definitely a huge learning curve for just getting what the artist likes,” he says. “I mostly do tracking, so it’s just trying to make the artist happy with how they’re sounding at the moment so they can get the best vocals…I absolutely love working with music and engaging with the artists and groups to hear what they want it to sound like and helping them find what they’re looking for…It’s one of those careers [where] you never stop learning.”   A few months ago, Darryl Thiessen had no industry connections and no training in the studio—just a love for music in general, and hip-hop in particular. Today, he’s doing what he loves, and is working hard toward a successful career as an audio engineer. He credits his in-studio experience for helping him get the training and connections he needed to get started.   “Working with a mentor really helped me learn what it takes to make it in the industry,” he says. “The thing that stuck with me the most out of my time in the program would be to always pay attention to detail, because it’s the details that make a song sound professional.”
ShareTweetSharePostShareShareEmail
*  *  *  *  *
Apply Now