When Jimi and Brian get you learning on the job, you’ll gain valuable experience you’d never get in a classroom—experience that helps you build a real career! Read below about a Recording Connection grad who now runs his own recording studio in NYC, and a Film Connection grad who not only stays busy as a freelance cinematographer, but has actually taught traditional film school students by filling in the gaps in their expensive education!

RRFC INTERVIEW: Recording Connection grad Michael Gevaza on running a studio and starting his own label


ShareTweetSharePostShareShareEmail
In many ways, Recording Connection graduate Michael Gevaza is a great example of what we hope for in all of our students. Apprenticing with veteran producer/engineer Steve Addabbo (Suzanne Vega, Shawn Colvin) at Shelter Island Sound in New York City, he immediately began applying what he was learning toward building his own recording studio, which is now Continental Recording in Long Island City. Today, not only is he busy producing and recording for many bands throughout NYC, but he and his brother also recently launched their own record company. Meanwhile, Michael remains in close contact with his mentor, and the two even continue to work together on occasion.   In the following interview with RRFC, Michael talks about what got him into recording, what he learned from his mentor, the struggles of starting up a studio, and now, the excitement of starting a new chapter with his own label.
*  *  *  *  * 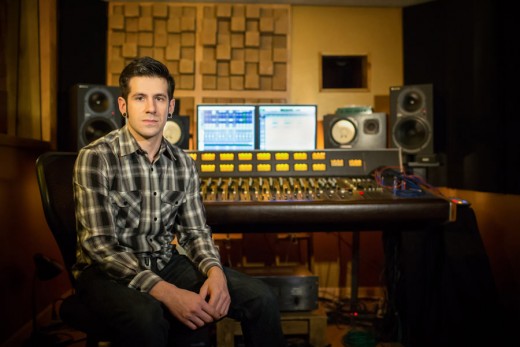 RRFC: So what first piqued your interests in audio engineering?   Michael Geveza: It was around when I was 14 or 15 and we were, my band recorded on Long Island by a guy named Michael, Mike Mulieri. And he…yeah, just that experience—it was like a home studio, but it had a really great setup with a control room and a live room. And since then I fell in love with it and I just wanted to do it. And so I started, you know, I got my own little standalone recorder, a little Tascam port-a-studio, and some microphones. So I started messing around with it and recorded my own band, and then eventually recorded a friend’s band…really, that was the beginning of it all. I haven’t stopped doing it since.    RRFC: So at what point did a one on one education with the Recording Connection come into the picture with you?   Michael: Well, for me that came in when I was, I was around 21 or 22. I think it was in 2008 when I started with Steve Addabbo at Shelter Island Sound. And that was really, like the turning point. That’s what kind of like turned it all into a real career, because I took that knowledge and experience I was getting from him and I was applying it…[to] what I was doing on my own. At this point, we were in a practice space in Brooklyn and I was applying it on my own…People were hearing was I was doing, like other bands in our practice space, and then eventually, I started recording them, and then it blossomed from there. Now I actually have a studio in Long Island City that I run that blossomed from that.    RRFC: What was it like working with Steve? What were some of the things that he showed you that helped you get on the right path?   Michael: Yeah, I mean, he was great. He shared just a lot of knowledge of, like, not only the art of recording and how to really move a session along and how to run a session, but also like the inner workings of what’s going on. He taught me the science of the gear and how it all works, and how it all connects. And, you know, the real important stuff, like proper signal flow and gain staging. And that’s really the knowledge that he gave me that, I think had a big impact and set me on the right path…Also, working with him, alongside him, and seeing how he did things and how he treated people…He draws out like the best performances in people. And even aside from that, he’s just a great guy.    RRFC: Any cool sessions that you can remember working with him?   Michael: Yeah. I did a lot of great stuff with him. I mean, at his studio, I got to work with engineers like Nic Sansano, and Mark Dearnley, and Tony Black, and James Farber…those were sessions I was assistant engineer for. And then I got to eventually engineer there, and I would engineer for producers like Bob Power, and Richard Barone. And I eventually got on like a first name basis with Steve Holley of Wings, like, you know, just recording him a bunch of times. And that’s probably, that was probably my favorite was working with Steve Holley.    RRFC: Once you graduated, what was life like? How did you turn your education into a career?   Michael: Well, at that point, my studio had already begun to kind of take shape…so once I graduated, I was already kind of moving along with that. And it’s called Continental Recording Studio…At first, it was definitely a struggle, as running a business always is in the beginning. But then eventually, you know, everything really got moving…I met a Recording Connection student [Phil Chaikin] during my [time] with Steve Addabbo at Shelter Island Sound, and he ended up becoming part of the team at Continental Recording Studio as well. 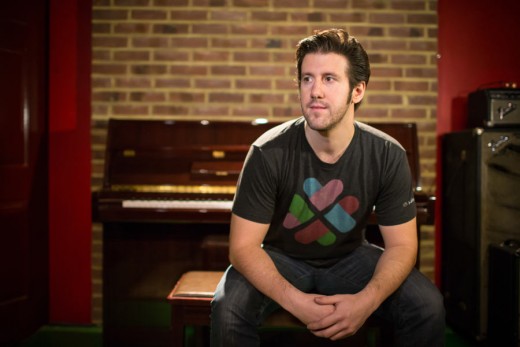 Matt Gevaza in the live room at Continental Recording Studio

RRFC: So what kind of client base do you have? Do you deal with any particular genre mostly?   Michael: It’s mostly rock and hip hop. It’s like, at this point, our client base is all independent musicians from Brooklyn, New York City, Queens, like that pretty much makes up the bulk of our clientele.    RRFC: What current projects are you working on now?   Michael: Well recently my brother and I started a record company called ElectricGiant. And I recorded an album…an EP actually, by Butchers Blind. It’s called A Place in America, and that was our first release through ElectricGiant (read article in Huffington Post).    RRFC: What is it like to start up a record company?   Michael: Oh, I mean, we’re in the midst of it right now. So it’s, you know, it’s fun. I’m having a blast with it…Before, my main concern was like producing and recording, and making the product, and once I was done, I didn’t have any interest in what they were doing after it. I mean, I was hoping it would get out there and, you know, get big, or like a lot of people would hear it. But now it’s fun because I get to be involved in, you know, all the stuff that comes with releasing an album. It’s enjoyable, it’s fun, it’s a little scary. But mostly fun.    RRFC: So are you guys doing full-on printing too?   Michael: No, our focus is digital distribution at this point…We haven’t done any like physical distribution just because of the amount of capital it takes. But, you know, the bands at this point, they’ll print a CD, and that’s like what they take like to sell at gigs and stuff.    RRFC: How has the music industry changed since you graduated, up until now, where you’ve got your own studio and are starting your own label?   Michael: Well, when I started everything, it was in the middle of, like, you know, major financial crisis…My main struggle was just trying to get clients and trying to build my portfolio as an engineer. And now I’ve gotten to this point where the economy is starting to get back to a good place, and so it’s like moving more towards being involved in the bigger part of the music industry than just the recording part…Also, you know the changes in the more definitive shift to digital. It kind of makes it a little bit easier for a small label to kind of start, like than it had been in the past when it was like you had no choice but to do physical distribution, which was outrageously expensive.    RRFC: Are you still in touch with your mentor? Do you guys like kind of freelance back and forth?   Michael: I’m still in touch with him a lot and, I’m actually supposed to start going back in there in January. It hasn’t been that long since I’ve been there because I continue to work there with him…We’ve developed like a really great relationship.   Listen to a track recorded by Mike Gevaza, released by ElectricGiant Productions in the Apprentice Media section on page 2!
ShareTweetSharePostShareShareEmail
*  *  *  *  *
Apply Now